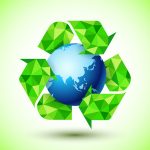 In a recent study on waste management, it was estimated that the EU processes as much as half a billion tonne of waste annually. Needless to say, these kinds of statistics give this matter a very important role in not only society but the entire world.

As such, the European Federation of Waste Management and Environmental Services (FEAD) were created to represent the waste management industry in the European Union.

What are the European Federation of Waste Management and Environmental Services?

The FEAD is a very big organisation that includes the national waste management firms in 18 EU national states along with Serbia and Norway. Not only that, they are the major shareholders in EU with 60% share in the household waste sector as well as more than 75% share in the industrial waste management sector. In fact, they represent over 3000 organisations in the EU employing 320,000 employees with an annual turnover of €75 billion.

Not only do they control one of the largest waste management programs on Earth, they also operate more than 2400 sites associated with recycling, over 1100 composting sites, and more than 900 controlled landfills.

What part does the UK play in Accordance to the FEAD?

The UK is one of the most important Country’s in the EU, and as such, leads an important example in following the standards set by the FEAD. In fact, FEAD constantly helps the UK form better plans needed in order to lead the path to a sustainable future. A 2010 report, FEAD advised the UK government to focus on improving its waste to energy ratio which then stood at 1.5%. By 2014, the bioenergy and waste to energy ratio rose to as much as 7.9%, a drastic improvement.

Not only that, FEAD also advises the UK in matters regarding environmental concerns when it comes to waste management. For example, a recent report by FEAD and the ESA, the trade body expressed concerns that the current definition of the term ‘recycled’ is dated and needed revision under the EU’s Circular Economy package. They urged the government to set a more stringent recycling target plan and implement it in the near future.

What is the Main Focus of the FEAD?

The FEAD is a leading organisation that aims to play an important role towards the improvement of the environment in Europe. While most of the conventional forms of dealing with waste today are recycling, digestion, heat treatment, etc. the members of FEAD are trying to constantly find newer ways of doing the same in a sustainable manner. From ensuring efficient resource usage to the reduction of energy consumption to even tackling soil demineralisation, the FEAD plays a major role in a lot of capacities.

Most of the shareholders of the FEAD are well established and eminent firms which have seen the progress of modern civilisation and have realised what an important role waste management plays in today’s world.

What are the Laws and Legislation Issued by the FEAD?

FEAD has paved the way for creating a European society where recycling takes the centre stage. This is all the more important because Europe as a developed region produces a great deal of waste annually. As such, its 5 stage Waste Hierarchy in the Framework Directive (2008/98/EC) lays down clear foundations for improving recycling markets.

Additionally, it also ensures that fair competition is observed between the various parties participating in the waste management programs since competition is one of the most important motivators for better and more efficient solutions.