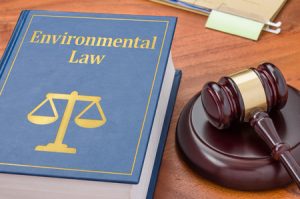 The waste management sector is one of the most prominent industries in the modern world, and as such, needs to be regulated under the framework of law due to the dangerous and hazardous nature of the industry as a whole. In fact, the FEAD not only provides the legislative framework for waste management but also requires the member states to take care of the prevention and the reduction of waste, promote recycling and using the surplus as a source of energy.

What are the Hazardous Waste Regulations?

Anything that can pose a serious threat to its management at any stage, from production, movement or recovery and disposal is classified as hazardous waste. The latest legislative directive for the handling of European Waste Framework 2008/98/EC was developed as a successor of the 91/689/EC and specifies additional steps to be observed when handling hazardous wastes over the non-hazardous variety. Not only that, it has also specified that permit exemptions allowed for installations dealing with hazardous wastes should be much more stringent than in the case of those dealing with other varieties of wastes.

What are the Regulations to Shipping Waste?

The UK follows stringent rules when it comes to the shipping of waste. This is done in order to ensure that the environment factors for the whole of the EU are considered. As such, the regulations concerning the shipping of waste are handled jointly by the EU regulations, a UK Plan and a UK statutory body. Together, they help regulate the movement of waste between the UK and the other countries. All of these movements are regulated and are subject to prior consent and written agreements. These depend on a lot of factors like the ultimate result of the waste (disposal/recovery), its nature and the destination.

How is Electrical Equipment Disposed?

The Reduction of Landfills?

The landfill directives are aimed at either stopping or reducing the effect landfills have on the environment. This is done by setting up of strict laws as to exactly what may be used in landfills and by introducing of targets for biodegradable municipal waste sent to landfills.

How are Batteries being Disposed of?

Batteries are one of the most lethal substances contributing towards environmental pollution. As such, new directives aim to reduce this impact via several steps like the reduction of the use of hazardous materials in new batteries, recycling targets for portable varieties and the ban of disposal of industrial and automotive batteries via landfills or incineration. Other legislation like the Environment Protection Act of 1990 and the Information on the Waste and Emissions Trading Act 2003, among others, also contribute to the control of battery disposal.

The foremost act which provided a revised basis for the EU Waste Framework Directive (WFD) was adopted in 2008 as a means of ensuring that the measures recommended for recycling be adopted as soon as possible. The revised WFD, as a result, provided for the case that the European Commission can introduce a host of measures which would be made available to the Commission as soon as the revised WFD goes into effect.